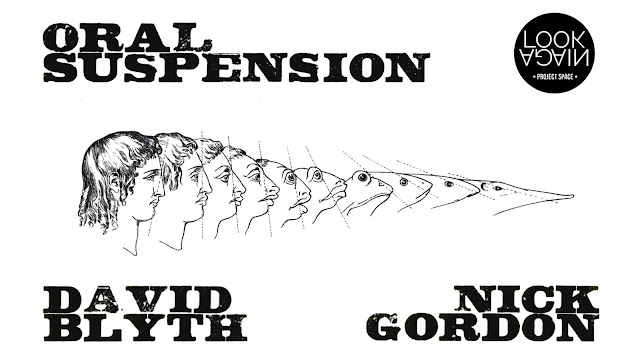 If you haven't been down to the new Look Again Project Space yet then I suggest you make some space in your diary and check it out. Located on St Andrew Street, the space will play host to a series of events and exhibitions in the build up and during this years Look Again festival set to take place in June. Kicking off this month we have 'Oral Suspension' a collaborative exhibition between David Blyth and Nick Gordon which investigates the rather spectacular and strange ray fish, the skate, as its starting point.
If you're not familiar with David's previous work then I highly recommend a quick google search, his installation piece 'Knockturne' at Aberdeen Art Gallery being a particular favourite of mines. Having graduated from Grays under David's guidance, a google of Nick Gordon also throws up a host of interesting projetcs. See I quite enjoy this aspect of the blog, the research and discovery side which often throws up some fun tangents to explore. And its that idea that flows through the work created for 'Oral Suspension' as both artists look to explore the many mysteries of the Skate!
The show is filled with a vast array of work from miniature sculptures, assembled objects, prints and real skate specimens housed in glass cabinets. I managed to attend the artist talk last week and was delighted to hear David speak first hand about the project and the interesting narratives revealed through their research. Tales of angelic skate being captured by randy fishermen and regarded as a great prize had the audience almost in tears while David's own tales of feeling a little lost with his art practice really hit home. Thankfully this project has thrown up a load of rich source material which the pair have crafted into quite a spectacular exhibition. And its huge, work stretches across both floors with some fantastic installations to be found in the basement which reference the strong fishing heritage of the North East. My favourite piece was perhaps the simplest in the show, an up turned sand castle bucket with a light under it, gently emitting its pink light from behind a brick wall, drawing us in much like the skate has done to the artists.
For those not in the know, skate is a smallish flat fish that looks quite like a sting ray but minus the sting. Its an interesting species that has quite a checkered history in the North East fishing communities but is also an interesting symbol, appearing across many artworks throughout history and seeming to posses almost super natural powers in some circles. Indeed even the artists have taken their research to the next level by taking Skate liver oil pills for the duration of the project, 8 months and counting. So far David notes no visible benefits or side effects beyond smelly burps but perhaps time will tell, keep an eye out for those gills!
'Oral Supsension'  is a great opener for this years Look Again festival and the Project Space will be a great addition to the city. The show runs until Sunday 24th March and there's a special Gyotaku printmaking workshop taking place on the 16th March, more details can found here. 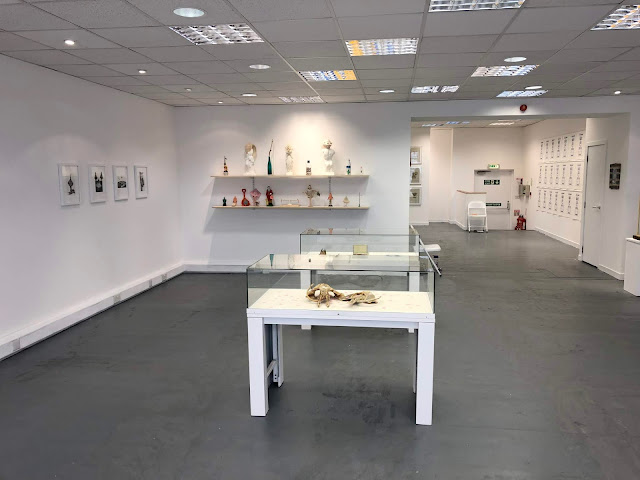 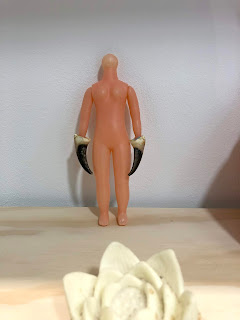 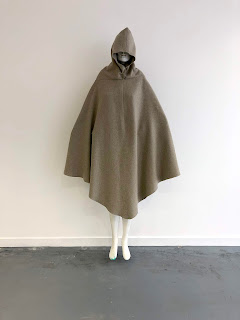 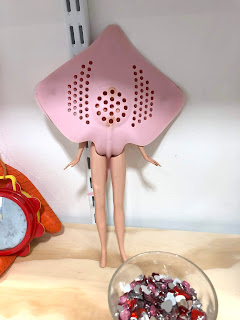 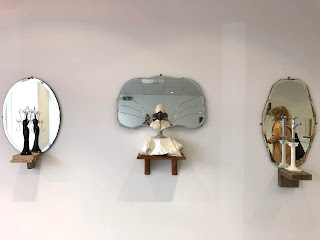 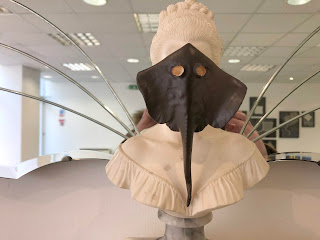 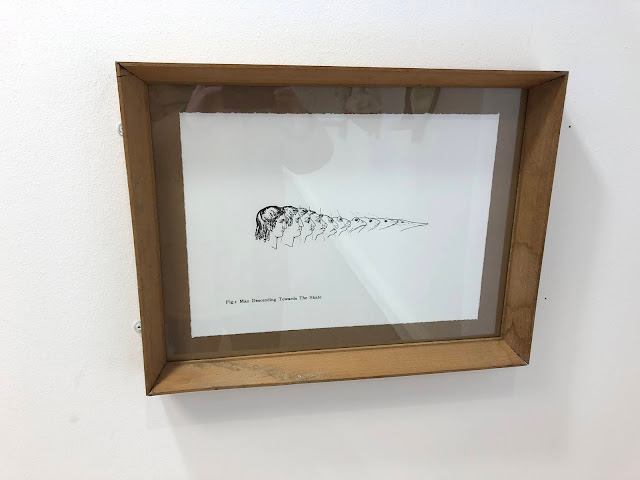 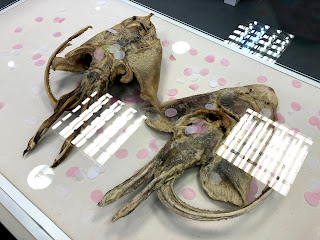 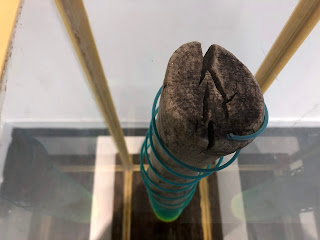 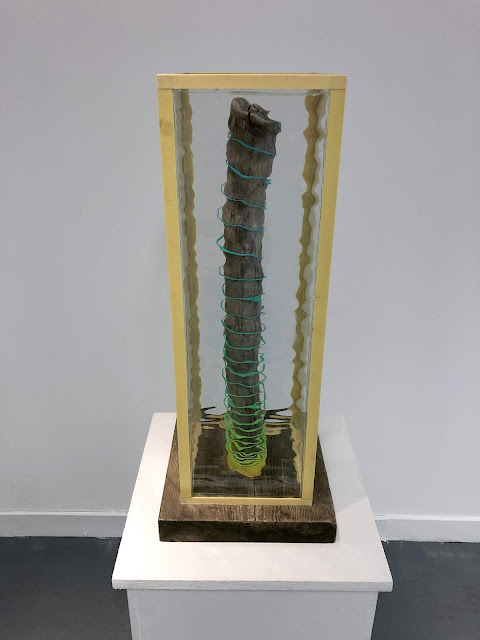 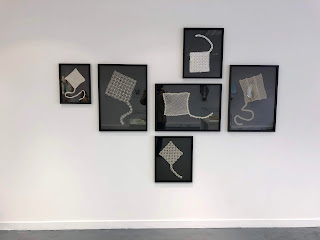 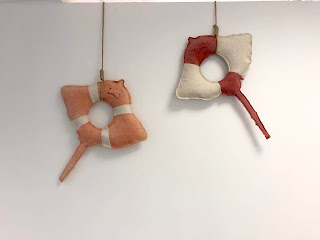 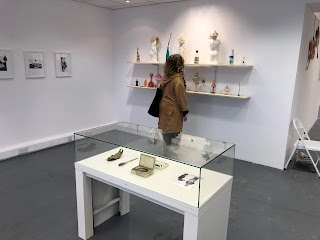 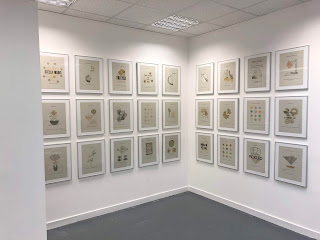 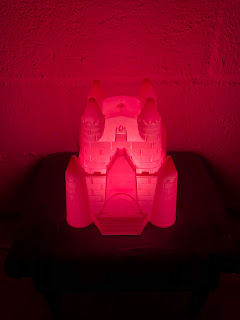 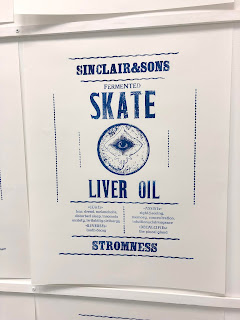 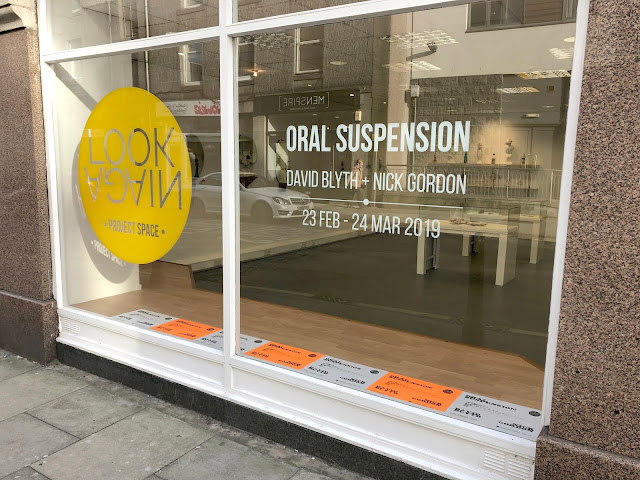 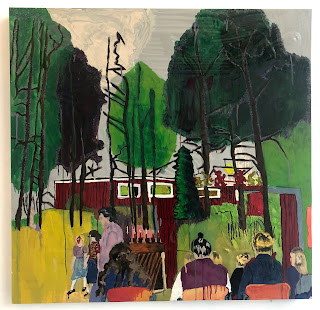 Although finished now, Nicola Williams had a great show of new paintings over at Grays School of Art which provided a nice survey of her work from the last 2 years from her studio located in the Anatomy Rooms studios at Marischal College.
I'd started to see Nicolas work popping up on instagram and it stood out amongst the usual visual barrage. I've actually spent the last while cutting down my digital intake as its detracted a little from my enjoyment of seeing artists work as things which once wowed and stimulated become normal and common. But Nicolas work flips that and instead depicts scenes of the everyday and mundane but her use of shape and colour give them a heightened sense which feels almost psychedelic in some paintings.

Her preferred medium of household gloss paint and enamel paint add a distinctive sheen to the works which can be traced from one of her degree show pieces titled 'Rabbits, Rabbits, Rabbits' painted in 2003 with its high contrast pink and yello… 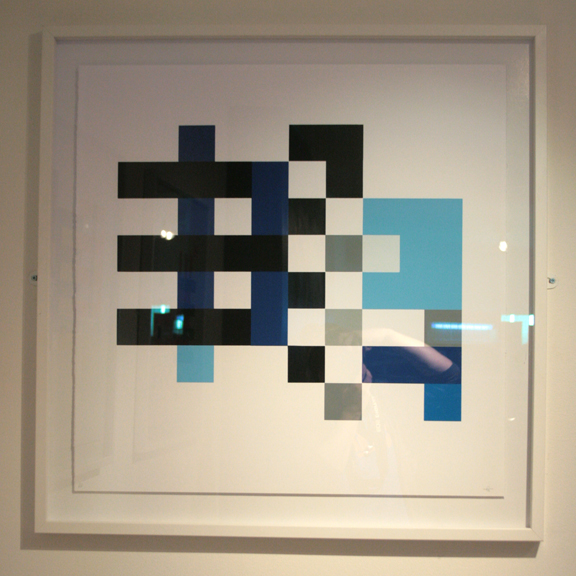 The EARL on The Green is probably my most favourite sandwich shop in the World! The first time I had a Satay Panini (chicken, bacon, peanut butter & sweet chilli sauce) was a pretty special moment, one I will cherish forever. But not just content with keeping my belly happy the EARL is also striving to keep my eyes happy! They have featured work by William Moulding, Stuart Allan, Doog Allan, Remi Rough to name a few but now have a great selection of prints by local artist Colin Taylor! His work uses bold blocks of colour and shapes, the almost Tetris style blocks are similar to my favourite video effect from the video mixer we use for visuals! Anyway all the prints are available to buy down at the E.A.R.L. and they are pretty cheap too! 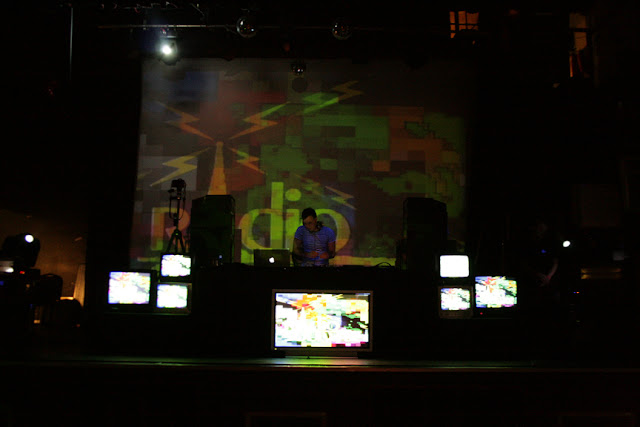 Let It Bleed Presents 2 Many DJ's @ The Forum!

Just wanted to add some pics from 2 Many Djs @ The Forum! Another big one from Let It Bleed, completely sold out and probably one of the best nights so far! I spent a bit of time making up some pixel based visuals and animated their Radio Soulwax logo, they seemed to dig it and enjoyed my claw hand immensely!

Also as a warm up Bones & Money took over Cellar 35 for the night and hosted a pre party with invited guest dj's Tom & Ace Inhibitor! You can see a couple of cheeky pics at the bottom, 2 Many DJs indeed!